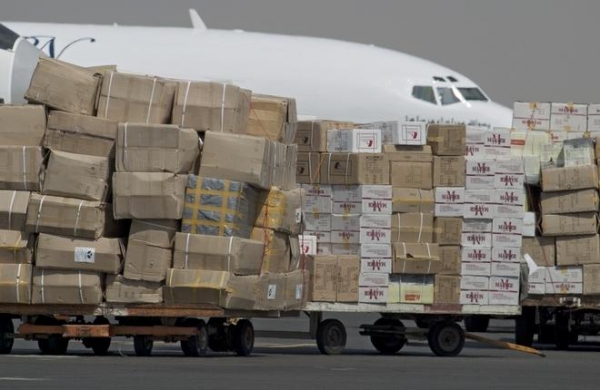 The demand for air freight falls for the eighth consecutive month, according to a report by the International air transport Association (IATA). In June 2019, the global turnover fell by 4.8% compared to the same period last year.

According to the Association, the main reason for the fall was a trade war between the US and China, which in June the international air cargo between the Asia-Pacific region and North America decreased by 5%. The economic consequences of the confrontation experienced by all regions except Africa.

“The transportation markets are reduced. No one wins a trade war,” — said the head of the IATA Alexander de Juniac. The Association said that signs of mild recovery seen in recent months in some regions, apparently, was premature because the June decline affected all key markets.

The greatest fall in demand for air freight recorded in June in the main markets. The Asia-Pacific region, which is 35% of the global turnover, lost 5.4 percent. More likely, the turnover declined in the middle East — 7%. The reason for this decline was the high dependency of the transport from Asia and the USA. Air freight in North America decreased by 4.6%, Latin America — 1%.

European region lost 3.6% of turnover. Smooth out the drop in the cargo market here, as noted by IATA, facilitated by large volumes of cargo. In Russia the volume of cargo in June 2019 fell much more markedly than in Europe as a whole, 6.1%.

Demand for transportation continues to grow only in Africa — for the fourth consecutive month. In June, the increase was 3.8%. Growth in seat capacity in the region has reached 16,6%, and strengthening trade and investment relations with Asia has led to increased volumes of air traffic between the regions by 12%. But this region’s share of world total air cargo is just 1.7%.