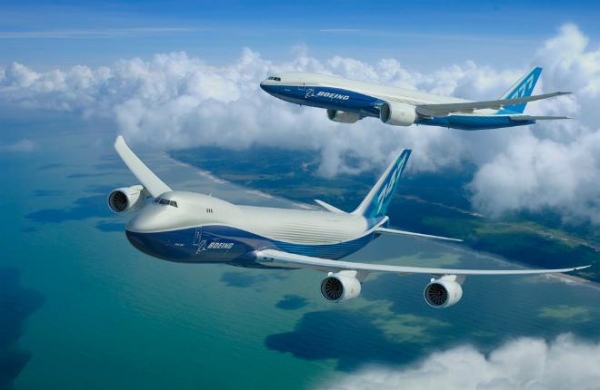 Largest Russian cargo carrier AirBridgeCargo (part of group “Volga-Dnepr”) will receive the first of three ordered new aircraft Boeing 777F in 2020 Today, the carrier has signed an agreement to lease back these aircraft from a middle Eastern leasing company DAE Capital, a subsidiary of Dubai Aerospace Enterprise.

This will be the first aircraft of this type in the fleet of AirBridgeCargo, which until then was used only a cargo version of the Boeing 747. President GK “Volga-Dnepr” Alexei Isaykin said: “the Agreement with Dubai Aerospace Enterprise marks an important moment in our history, as we welcome the first cargo Boeing 777 aircraft in its fleet. These aircraft will support our strategy of broad diversity and modernization that will allow us to provide customers with more cost-effective product”.

The transition to twin-engine wide-body Boeing 777F can be explained by the fact that Boeing is not taking orders for four-engined 747. For the first time about the transition to the new aircraft type cargo airline owned by businessman Alexei Isaikin — Russian group “Volga-Dnepr” (includes the same name of the carrier, AirBridgeCargo and Atran) and the British airline CargoLogicAir (part CargoLogic Holding), — started talking last year. Then, at the air show in Farnborough signed an agreement of intent for the purchase of 29 Boeing 777F cargo. But then they talked about plans to obtain five 777F for CargoLogic.