{:en}AirBridgeCargo will help the airport of liège, to enter the top-5 air cargo Europe 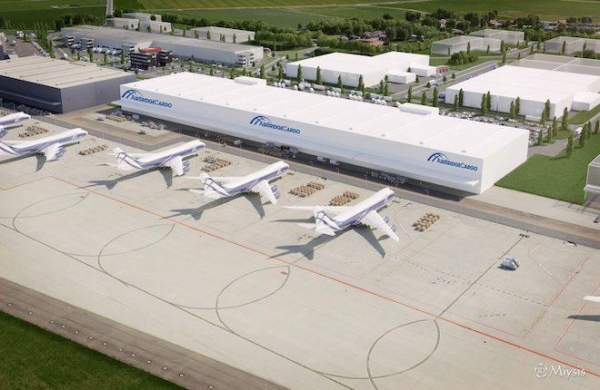 Russian cargo carrier AirBridgeCargo (part of group “Volga-Dnepr”) and the airport of Liege (Belgium) signed an agreement on leasing the warehouse and office premises for a period of 10 years. Parties reported that the agreement should bring their partnership to a qualitatively new stage of development.

Under the agreement, the Russian airline that operates Boeing 747F will be leasing warehouse and office premises with a total area of 25000 square meters and 2000 m, respectively. The project will take place in two stages: in June 2019 AirBridgeCargo will be given a warehouse with an area of 12500 square meters, other premises will be handed over in early 2020

Investment in the project will amount to 25 million euros. It is expected that the result of an agreement in the next 18 months, the Russian carrier will increase the number of flights to Liege to 30 per week — this will allow the air port to handle up to 1 million tons of cargo per year and be in the top 5 cargo airports in Europe. This transaction is a continuation signed in July as part of the Airshow in Farnborough Memorandum of understanding between the group’s airline “Volga-Dnepr” and legsim the airport about creating a hub at the largest cargo airport of Belgium. Both sides expect that the strengthened partnership will lead to the creation of additional jobs and development of the region and will also attract additional investment in airport infrastructure. The signing ceremony was attended by British airline CargoLogicAir, created with the participation of GK “Volga-Dnepr”.

In may this year the group of companies “Volga-Dnepr” organized in liège at the Europe line station on the basis of THE provider’s Maintenance and repair “Volga-Dnepr tekhniks Moskva” (VDTM). The company VDTM admitted to planned line maintenance narrow-body Boeing aircraft 737-300/400/500, wide-bodied Boeing 747-400 and Boeing 747-8 aircraft with Bermuda registration. As noted then, the company, the opening of the European linear station in Liege gives the provider the possibility of development on the European market THAT. In the future, the company expects to arrange for the washing of engines for these aircraft types.

Recall that its first regular flight to Liege airline AirBrigdeCargo fulfilled in 2017 due to the need to reduce the number of frequencies in nearby Amsterdam Schiphol airport. At the moment the Belgian is the seventh airport in Europe in terms of cargo handled.