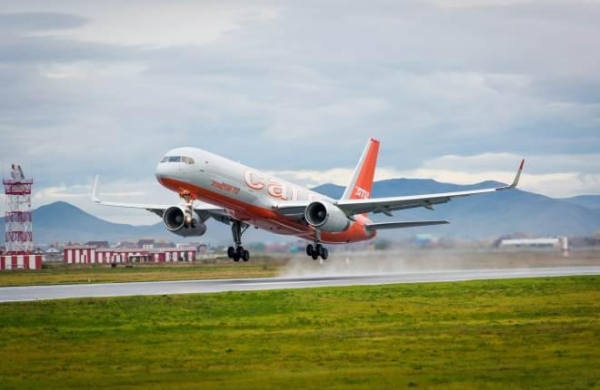 International airport of Abakan has started cooperation with the Russian cargo airline “Aviastar-TU”. In the capital of Khakassia was first served by Boeing 757-200F of this carrier. Abakan airport continues to implement its strategy aimed at increasing the share of revenues from transit techstop.

VS (registration number VQ-BKK) of cargo airline “Aviastar-TU”, coming from the Chinese Xinzheng airport (IATA code CGQ; Henan province) performed on Wednesday, October 3, in Abakan planned tekhstop (between the two airports, about 2.7 thousand km). After refueling without procedures for loading and unloading the plane took off at Novosibirsk Tolmachevo airport.

“The agreement with “Aviastar-TU” are designed for long-term strategic cooperation receiving and release the aircraft Tu-204, Boeing 757-200 with the purpose of refueling,” he said ATO.ru Vyacheslav Rozhnov, Director General of JSC “Abakan Airport” (the operator of the hub of the same name). According to him, the program of weekly flights “Aviastar-TU” in the Khakass airport involves at least two flights.

Abakan airport, located about 600 km East of Tolmachevo (Novosibirsk) and 300 km South of Yemelyanovo (Krasnoyarsk), intends to become an alternative item this leading Siberian airports in fulfillment of the planned technical landings.

“The main advantages of the airport Abakan on the market techstop is a geographical location, the quality of the planar structures of the aerodrome (reconstruction ended in 2014), competitive fuel prices and special discounts for transit techstop regardless, this is an international flight or domestic” — said Rozhnov.

Earlier in the interview ATO.ru he said that the Abakan airport is not going to compete with Domodedovo and Tolmachevo terms of service goods: “Now we face another challenge: to find a niche in freight transport as this is tekhstop. We are going to increase the share of income from techstop transit cargo flights.”

In addition, air cargo carriers at the airport of Abakan to run techstop in the capital of Khakassia is attracting a passenger airline. For example, since August, landed here to refuel chartered Airbus A319 of Russian carrier IFly. In the last month of summer, this airline has fulfilled Abakan through 26 flights, in September — 28. 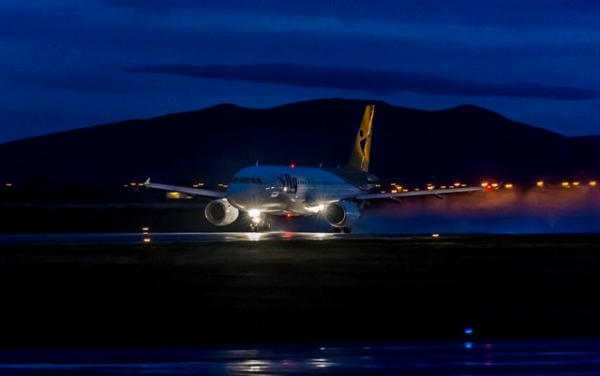 A couple of months Airbus A319 airline IFly more than fifty times landed at the Abakan airport. The carrier will continue to fly to techstop in the capital of Khakassia Vladimir Pochekutov / Provided by JSC “Abakan Airport”