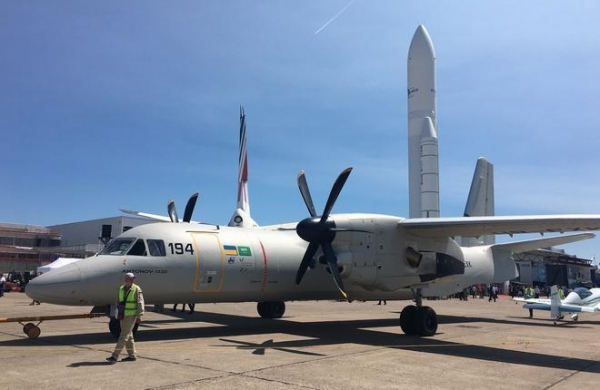 The President of the Ukrainian company “Antonov” Alexander Donets confirmed in an interview with local news Agency the suspension of one of the most promising projects of the company — the development of an updated light transport aircraft An-132D. This machine was created on the basis of the Antonov An-32 by order of Saudi Arabia. “However, for reasons not related to Antonov, in Saudi Arabia there was a change of partner and the process was stopped”, — said Donets.

On the development of An-132D was announced in February 2015 after signing of the agreement between “Antonov” and Saudi companies Taqnia Aeronautics and King Abdulaziz City for Science and Technology (KACST). Flight tests of the new freighter began in the spring of 2017.

Thanks to the installation on the aircraft engines PW150A Pratt & Whitney Canada payload An-132 increased from 7.0 t, the An-32 to 9.2 so it was Assumed that the aircraft will be used for both military and civilian transport and special missions.

Donets explained that in the end the Saudi military, which, as expected, can be a launching customer for the An-132D, decided that they needed a different car. The head of “Antonov”, said that the project is not frozen, and the company is in search of a new customer. “We are looking for customer and partner,” he said.

Earlier it was reported that the first Deputy of the NSDC Secretary of Ukraine Oleg Gladkovsky at the international aviation exhibition “Aeroindia-2019” were discussed with representatives of the defense Ministry of India promotion of An-132 in the country.