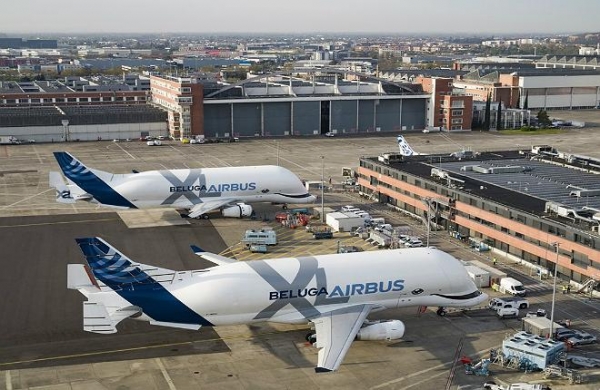 The European aviation safety Agency (EASA) has certified a specialized cargo aircraft increased the capacity of the Beluga XL manufactured by Airbus.

Beluga XL is created on the basis of wide-body aircraft A330-200 to provide transportation primarily in the interests of the A350 program. Aircraft equipped with Trent 700 engines for the production of Rolls-Royce.

The start of commercial operation of aircraft of this type is scheduled for early 2020, Earlier it was reported that by 2023 will be launched in all the six cars planned for production.

As told Atory in a press-service Airbus aircraft of the new generation is supposed to be used for the needs of the aircraft manufacturer (for the transport sections of Airbus aircraft assembled at the company’s plants in Europe, the final Assembly lines in Toulouse and Hamburg). Plans for the sale of aircraft freight operators or for the provision of vehicles for transportation of oversized cargo in the interests of individuals at the moment. In the coming years new aircraft will be operated on a par with ST Beluga. Earlier it was reported that by 2025, five planes Beluga XL will completely replace the previous version — ST Beluga.

The aircraft manufacturer noted the importance of the Beluga XL for the implementation of Airbus industrial strategy for increasing production rate — specifications of the aircraft will allow to transport on the plane at the same time the two piece wing А350XWB (on Beluga ST at a time can be moved only one console wing А350XWB).

The Beluga project XL was launched in November 2014 in connection with the increasing production rates of Airbus and the need to increase available capacity. Rollout of the first aircraft received a livery of “smiling China”, was held in June 2018. 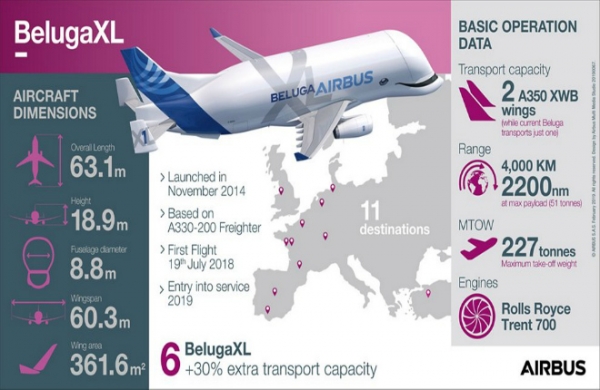 Commissioning of the six Beluga XL will allow Airbus to increase capacity by 30% : Airbus