{:en}Cargo carrier Atran broaden the horizons due to the B-737-800BCF 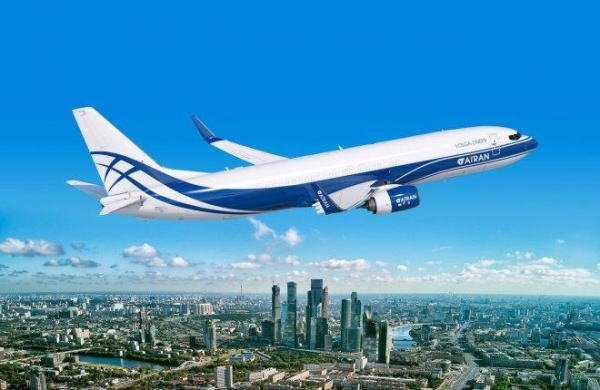 Russian cargo airline Atran, part of a group of companies “Volga-Dnepr” agreed to lease two Boeing 737-800 aircraft, converted from a passenger version to a cargo. The lessor will deliver to GE Capital Aviation Services (GECAS). The aircraft will expand the airline’s fleet, which today consists of three converted Boeing 737-400SF, reported in GECAS.

The aircraft is designed to convert a c subsequent transfer to Atran, will be decommissioned on passenger routes in the 2018 first half of 2019 After converting machines Boeing 737-800 will fit well into a network of short and medium-haul routes, which form the basis of regular flights of the carrier, explain the choice of this type of aircraft in GECAS.

Boeing 737-800 Boeing Converted Freighter (BCF) is the first program on the conversion of Boeing 737-800s in the cargo version. This modification has been certified in April 2018 At the air show in Farnborough, the company increased the GECAS order for this type of aircraft to 50 aircraft — they are taken to meet the growing demand for transportation.

Atran will become the first Russian operator of converted Boeing 737-800. The company is based in Vnukovo, where carries out delivery of cargoes (including in the course of the growing segment of e-commerce) and e-mail, linking Russia with other CIS countries and Europe. Getting Boeing 737-800BCF that have a large range (3700 km 2800 km against the Boeing 737-400SF), Atran will be able to expand its route network is more extensive areas.

In addition, Boeing 737-800BCF capable of carrying up to 23.5 tonnes, while the Boeing 737-400SF can transport up to 20 tonnes of cargo. However, Atran adds to Park larger aircraft despite falling freight volumes by almost 27%, to 7.7 thousand tons (data for January–August, 12-e a place on volume of transportations among the Russian airlines). ATO.ru sent a request to the GK “Volga-Dnepr” to learn of the plans for replenishment of the fleet.

At the air show in Farnborough in 2018 GK “Volga-Dnepr” has announced plans to expand its fleet of cargo airlines new aircraft production at Boeing (another carrier group – AirBridgeCargo operates Boeing 747), signed an agreement with aircraft manufacturer. Then it was reported that there are such aircrafts like Boeing 777F (already placed a pre-order for AirBridgeCargo), Boeing 767 and 737-800BCF.

The prospects of expanding

The company Atran “plays a leading role in one of the key projects of the group of companies “Volga-Dnepr” — “Small cargo aircraft”. Its membership has allowed the group to expand the range of services offered to customers “Volga-Dnepr” and was another step towards the implementation of the strategy “cargo supermarket”, according to the website of the company. Today the activity of “Atrani” focused on the Express integrators (implies manage allocated customer aircraft to the fixed capacity on a particular route network and schedule), as well as the provision of free capacity to other customers and the service Charter.

The project “Small cargo aircraft” was announced after the entry “of Atrina” in GK “Volga-Dnepr” in 2011, Then Vice President of organizational development group of companies “Volga-Dnepr” was Dmitry Obsharov. The project is built around a fleet of Boeing 737 — Atran exploits the least lifting of the armed forces in the group (the head-carrier “Volga-Dnepr” flies on the Il-76 and An-124).

A new agreement with GECAS announced shortly after the “Atrane” changed direction. According to the entry register of September 4, 2018, the CEO Yevgeny Borisov, was appointed to head the airline in 2014, resigned from his post, while the new CEO of the carrier was Dmitry Obsharov. Before coming to this position he was head of Department of transport management “Mail of Russia”.

Now in the interest of “Mail of Russia” fly the Tu-204 aircraft (payload of VS — 30 t, the range of 3900 km) RA-64051 and RA-64052 airline “Aviastar-Tu”, which will relatively soon require renewal of certificates of airworthiness. The first side he is valid till 20 Jun 2019, the second — until April 2019 Herself “Aviastar-Tu” goes to cars, making the choice in favor of Boeing products (capacity of about 30 MT, but the range is much higher — 7200 km). Could be interesting fight for the implementation of transportation in the interest of “Mail of Russia” between “Atrakom” and “Aviastar-Tu”. However, the postal operator has expressed an interest in establishing its own airline.