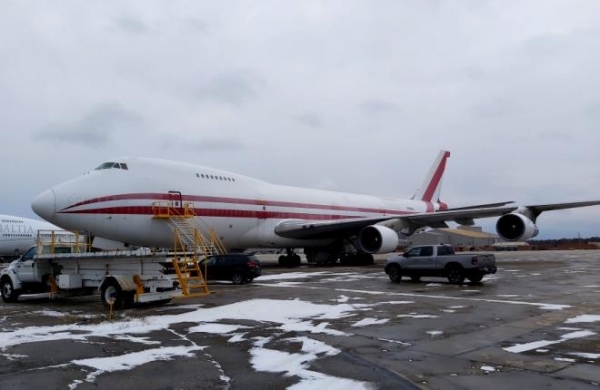 Kazakhstan private airline Sigma Airlines has added to its fleet of wide-body cargo aircraft Boeing 747-222B(SF). In December 2019, it is entirely registered in the national register of civil aircraft, said JSC “Aviation administration of Kazakhstan” (AAK). The regulator said that B-747 airline Sigma was the first machine of this type for the Kazakh civil aviation.

Kazakhstan’s first B-747 leased until 2022 at an unnamed company from the UAE. From the message of AAK implies that this machine was the fifth for Sigma Airlines. The Park also has the Il-76 and Airbus A300.

What is Sigma Airlines

Sigma Airlines operates flights from January 2017 and specifies the AAK. This cargo operator has been created, apparently, on the basis of Air Almaty airlines (now air operator certificate has not). Air Almaty was led by the current head of the Sigma Airlines Umirbek Kenesbayev. Kazakhstan press generally indicates that Air Almaty JSC was reorganized into LLP Sigma Airlines — this happened in March 2018.

The most common routes for Sigma Airlines — middle East, Europe, CIS, Africa and South America, are listed on the website of the carrier. In the middle of 2019. the airline announced the delivery of humanitarian aid to Syria and receiving the certificate from EASA TCO (Third Country Operators).

Note that the Sigma services to Airlines around the world the company sells Reem Style of Ajman (UAE). She created a Ukrainian airline ZetAvia (the first flight took place in July 2011; five in the Park, the Il-76T/TD).

In 2018-2019, the journalists wrote (for example) that Sigma Airlines “sensitive” flight of the conflicting Libya.

Both airlines spend base their aircraft in Aqaba (Jordan). In addition, Sigma Airlines sends entirely on the Sharjah (UAE), the message of AAK.