Home › {:en}Air freight › {:en}Growth of volumes of freight and mail in August accelerated to 5%

{:en}Growth of volumes of freight and mail in August accelerated to 5% 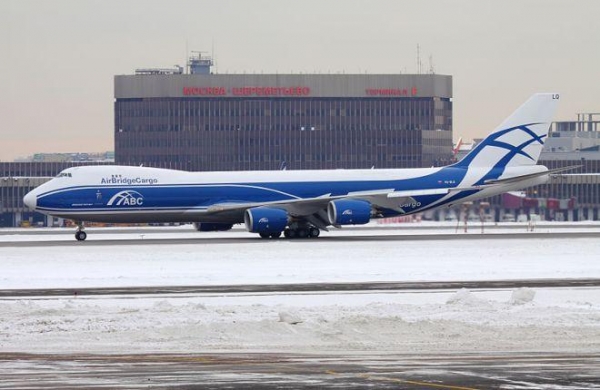 Russian airlines in August 2018, handled 99 million tonnes of cargo, almost 5% more than the same period last year, data from the Federal air transport Agency. The previous peak rate in this year was recorded in January, when growth was 8.6%. In February, the rate began to decline in March and hit a low of -7,7%. However, in April the volume of freight has started the recovery growth rate was 0.6% and increased to 2.6–2.7% in June–July.

According to specified data of Federal air transport Agency, cargo and mail of the Russian airlines during the first eight months of 2018 increased by 1.4% compared to the same period last year. The five largest gruzoperevozchik heads AirBridgeCargo airlines, having served from January to August, 382 thousand tons of cargoes (growth by 4.2%). Nizkobonitetnyh subsidiary airline “Aeroflot” — “Victory” continued rapid growth, the volume of processed cargo carrier from January to August 2018 rose to 138 times (24.7 thousand tons). As reported in the company ATO.ru earlier, in this case “in accordance with the recommendation of the Federal air transport Agency” this figure takes account of and paid baggage, and cargo.

The remaining three carriers of the first five indicators are falling: “Aeroflot” has reduced the volume of cargo handled 1.1% (140 thousand tons), S7 Airlines (Siberia) 3.2% (21.6 thousand tons), “Russia” (enters into group “Aeroflot”) — 1.4% (20,4 thousand tons). A noticeable drop of the indicator showed a cargo carrier “Volga-Dnepr” (his “daughter” is AirBridgeCargo), which is served by 28.4% of cargo less than in the first eight months of 2017 (almost 17 thousand tons).

Passenger air service in August began a small recovery after the slowdown in July, when this figure amounted to 6.8% (this figure was the lowest since the beginning of the year). All, according to the Federal air transport Agency statistics, in August it was transported 31.6 million people (an increase of 8.2%). Of them on domestic flights were served 14.8 million people (+9,3%), 16.7 million international passengers. (+7,2%).