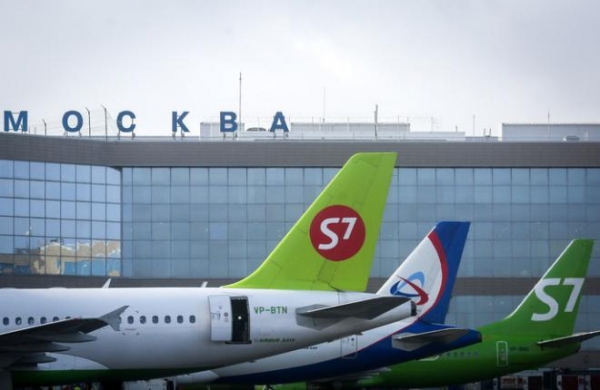 In July, passengers were more likely to fly from Russia to the CIS countries. Recall that the direction for the most part showed a negative trend since the beginning of the year and only in April and June there has been a small rise — by 0.7 and 0.5%, respectively, compared to the same periods of 2017 last month, the growth in this segment amounted to 8.0%, with perevedennye 647,0 thousand passengers, the follows from the specified data of Federal air transport Agency.

At the same time, the increase in international traffic between Russia and foreign countries outside the CIS, by contrast, was the lowest since the beginning of the year and amounted to only 5.1% (4.7 million people served). For comparison: in June this figure was at the level of 12.8%, and the peak figure was recorded in March of 20.6%. The slowdown of traffic growth for flights to countries outside the CIS has influenced the total number of served travellers on international routes. Growth of 5.5% with perevedennye 5.3 million people — also the lowest since the beginning of the year.

The growth of domestic traffic, in addition, showed the weakest dynamics. Only in this area served 7.5 million people, which is 7.8% more than in July 2017, Therefore, held in Russia the world Cup failed to significantly affect the performance of airlines during the period under review. The total passenger traffic respectively, the General trend has grown only 6.8 percent from perevedennye 12.8 million people — minimum YTD.

From January to July, foreign areas is still the prevailing trend 2018: Russia and CIS noted the decline in traffic of 0.3% (carried 3.9 million persons), all other countries recorded growth of 13.2% (carried 22.2 million people), and the total increase in the segment was 11.0% with serviced 26.1 million people. the Message on domestic routes increased by 9.9% (carried 38.2 million people). Overall ridership for the period was at the level of 64.3 million pass. (+10.3 percent).

Airline “Russia”, which showed at the end of July a record growth since the beginning of the year to 5.6% and returned to the 2nd row in the ranking, in the first seven months still remains in third position with negative dynamics 1.6% (6.3 million people served). In the first five operators of S7 Airlines (“Siberia”) and “Ural airlines” has increased from January to July, 17.6% (transported 6.5 million people) and 15.9% (transported 5.0 million persons), respectively. Followed by national carrier Aeroflot with a growth of 7.0% and 19,8 mln. people UTair occupies the fifth row, moved 4.3 million people (+6.1 percent).

The carriage of cargo and mail in July remained at the June level of 2.6%, whether 97,2 thousand tons for the second month trucking show slow recovery from the stagnation that occurred in the first half of 2018, More rapidly evolving international direction with an increase of 2.9% (treated more than 73 thousand t) compared to the domestic market and 1.8% (processed almost 24 thousand tonnes). While on the routes between Russia and CIS countries, as well as for the entire period, recorded negative values (-11,1%) treated with 1,8 thousand tons.

During the first seven months of negative performance for the transport of goods are fixed only with the CIS countries (-18,9%; processed 13.5 million tonnes). The total volume of cargo handled showed a slight increase of 0.8% (631,7 thousand tons), of which international destinations had 474,5 thousand tons (+0.6 per cent) on the inner – 157, 2 thousand tonnes (+1.4 per cent).