{:en}Kazakh company started to haul cargo on the aircraft Il-18 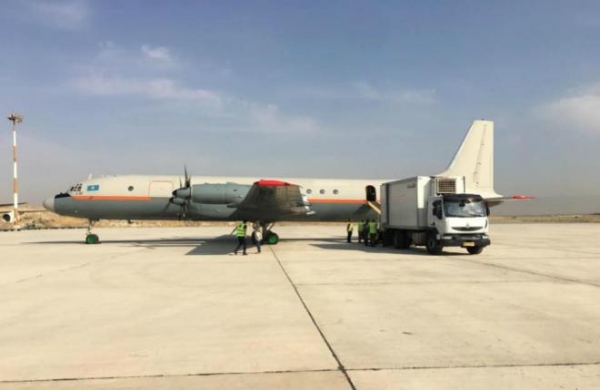 New Kazakh company IrMa Air Service, which provides services in the field of air cargo, in mid-July, started flying a turboprop Il-18. This all was under the flag of a private airline East Wing. While the carrier focuses on air ambulance, IrMa Air Service, having commercial rights for the armed forces, engaged in the supply of goods, primarily fresh meat, according to the Charter contract in Iran.

Il-18D with the tail number UP-I1805 was commissioned in 1974 as the Il-20. Previously the aircraft was operated by the Armed forces of Ukraine. At the end of the 1990s the plane was acquired “Lviv airlines” and then under the technical supervision of AK to them. Ilyushin converted to a variant of the Il-18D.

According to IrMa Air Service calendar term use of this aircraft was extended to fifty years, and in the future the company expects to extend for another five years. The company said that although the first flight under the contract of affreightment Board made recently (17 July 2019), the shipper is already experiencing a shortage of production capacity and intends over time to increase the fleet of aircraft, including at the expense of Il-18.

“The interest of the armed forces caused by low kerosene consumption. In addition, thanks to tight and spacious cargo compartment, maintaining temperature, we can not worry about the safety of perishable products,” — said ATO.ru CEO IrMa Air Service Marina Apanaeva.

According to her, at the moment IrMa Air Service is the only operator of Il-18 on the territory of Kazakhstan.

Il-18 produced from 1958 to 1978 it was built 719 (according to other sources — more than 850) aircraft. According to Rosaviation, in Russia at the moment, civil operators of the Il-18 no, but these planes are still used by the Russian military.

In IrMa Air Service said that they know about the existence of six cars of this type which are still in operation, but did not specify where they fly. According to the information portal Russianplanes, the last commercial operators of these aircraft are state of the national airline of North Korea’s Air Koryo, Aero Caribbean, Kyrgyz S Group Aviation, the carrier of Somalia Daalo Airlines, Moldavian airlines Sky Prim Air.