Home › {:en}Air freight › {:en}Leonardo Helicopters will acquire 100% of the shares of the Swiss company Kopter

{:en}Leonardo Helicopters will acquire 100% of the shares of the Swiss company Kopter 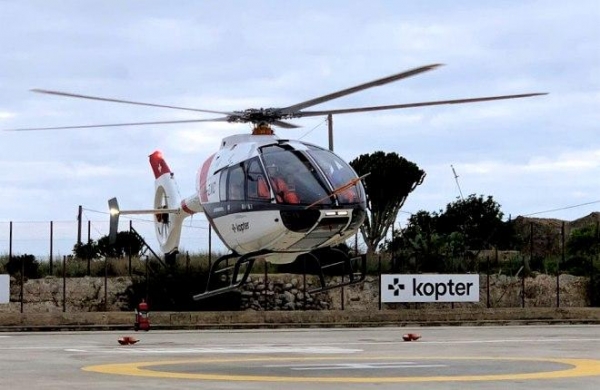 Italian manufacturer Leonardo Helicopters will acquire 100% of the shares of the Swiss company Kopter (previously known as Marenco Swisshelicopter), engaged in the development of an easy SH09 single-engine helicopter. The closing of the transaction, which was concluded with the investment company Lynwood (connected, according to RBC, the Russian entrepreneur Alexander Mamut), is expected in the first quarter of 2020.

Under the deal, Leonardo Lynwood Helicopters will pay a fixed amount of $ 185 million. and starting in 2022 will have to make additional payments in the amount determined taking into account indicators of activity of the acquired company (earnout).

Marenco Swisshelicopter was founded in 2007, representatives of the company Marenco Ltd. and a team of engineers, pilots and aviaexperts. The company develops new lightweight SH09 single-engine helicopter. Funding for the project from 2009 made by the company Lynwood.

In 2016 as CEO of vertoletostroenie was fired one of its founders Martin Thing (name Marenco descended from Martin Engineering and Consulting), and he took the post of former Vice-President of Airbus Helicopters Andreas Lowenstein. In early 2018, the company received a new name — Kopter.

The SH09 helicopter is equipped with a gas turbine engine Honeywell HTS900 from and is positioned in the class of machines weighing up to 2.5 tons Is a car with an all-composite 5-blade main rotor and 10 blade tail rotor in the annular channel.

Work on the SH09 is behind schedule — originally it was planned that the helicopter will be certified in 2015, but that deadline has been repeatedly pushed back. In 2018, as it reported the publication FlightGlobal, Kopter began searching for private investors willing to invest 150 million Swiss francs (9.6 billion rubles). The funds were to be certified and start production SH09. Before the program was already spent 270 million Swiss francs (17.3 billion rubles).

It was built three prototype SH09, the latest of which — the PS3 is undergoing flight tests. In the car, changes were made in modified form it is presented at the exhibition Heli-Expo 2020 in Anaheim (California, USA). There, at the exhibition, 28 January it was announced about purchase of the manufacturer of the Leonardo company Kopter.

Included in armed forces improvements include modified bearing and tail screws, optimized fuel system, allowing to have a large cab and an additional seat (so that the capacity of the helicopter amounted to 8 passenger seats and one seat for the pilot), etc.

Changes made to the car manufacturer expects to take as a basis when building a pre-production prototype — PS4, whose Assembly is scheduled for mid-2020 will Also be a second pre-production helicopter PS5, which together with the PS4 will be involved in certification flight tests.

Certification of the aircraft in EASA is scheduled for 2020, the Aggregate portfolio of applications for the SH09 as of July 2019 has 170 orders and intent for the acquisition of the Swiss helicopters.

In the face of Leonardo Helicopters company Kopter can obtain additional engineering and financial assistance in the development of the helicopter. In turn, the Italian manufacturer will receive a new project in the product line, which is in the class single-engine civil aircraft today includes only AW119Kx (new generation of helicopters on the basis of A. 119 Koala, developed in the 90s).

As stated in the Leonardo Helicopters, the acquisition of the Kopter will replace the Italian company planned investments aimed at the development of a new single-engine helicopter. He Kopter will operate as a separate legal entity and the competence centre working in coordination with Leonardo.

“We are pleased to welcome this innovative company as an integral part of the world helicopter business. It perfectly complements our current product portfolio by adding a promising helicopter, which will benefit from our industrial know-how, service and training experience, as well as commercial network”, — commented on the deal the managing Director of Helicopters, Leonardo Gian Piero Cutillo.

Marina Greenberg, CEO of Lynwood, said: “the Company Lynwood is very proud to have strongly supported the development of the Kopter and an SH09 for the last 10 years. Now is the time for Leonardo to take possession, because they are perfect for Kopter at this stage of development.”