{:en}Riga airport will double the turnover by 2025 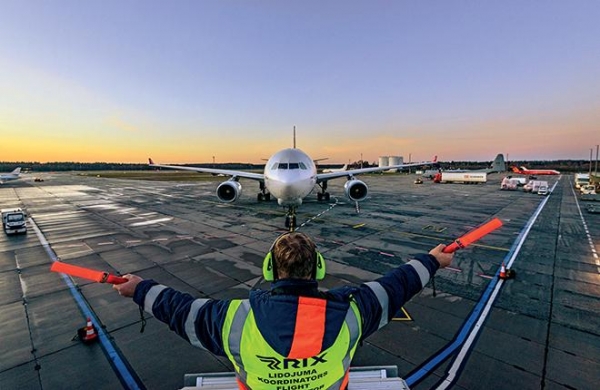 Airport Riga (RIX), the leading hub of the Baltic States, having served in 2017, almost half (6,09 million people) of the total passenger traffic of all airports in the region, intends to consolidate its leadership position in the field of transportation. Should facilitate this opening of the logistics centre and the creation of an effective competitive environment for airlines and cargo agencies.

A strong impetus to the development of transportation in the capital airport of Latvia was his part in transiting non-military cargoes for the needs of ISAF troops (International security assistance force — the NATO-led international military contingent operating in Afghanistan in 2001-2014) to Afghanistan in 2013-2014, said ATO Advisor to the Chairman of the Board of air harbour Arthur Kokars. Prior to that, the airport is actively developing its international passenger hub, special attention to this type of activity is just not paid.

Participation in transportation of NATO allowed the Riga airport not only to experience serving a wide-body cargo aircraft such as the Boeing 747, but also to determine the future strategy the development of this segment of the business.

Today air freight at the airport of Riga by private agencies, competing, said Arthur Kokars. On the territory of the hub are four cargo warehouses with total area of 5 thousand m2, the operators of which are the company’s Aviation Cargo Transit Services (ACTS), Baltic Cargo Center, and AG Handling, KOLL. In addition, for the storage of goods provided more than 10 thousand m2 of open space with concrete floors.

Infrastructure real breakthrough, according to the adviser, occurred at the airport in 2014 with the creation of an underground hydrant system for refueling all — with 15 hydrants. An investor in this project became one of the suppliers of aviation fuel company Rix Jet. “Centralized gas station allows us to serve large aircraft in the shortest possible time. — said the Kokars. — If conventional tankers need 3-4 hours to load 100 tonnes through the cars system, we can deliver within 30-40 minutes As the real-world stats, loading and unloading on one side with full handling takes 2.5–3.0 hours, which is a good indicator for a cargo airport.”