Home › {:en}Air freight › {:en}The Board of Directors of Sheremetyevo approved the timing of the opening of the third runway

{:en}The Board of Directors of Sheremetyevo approved the timing of the opening of the third runway 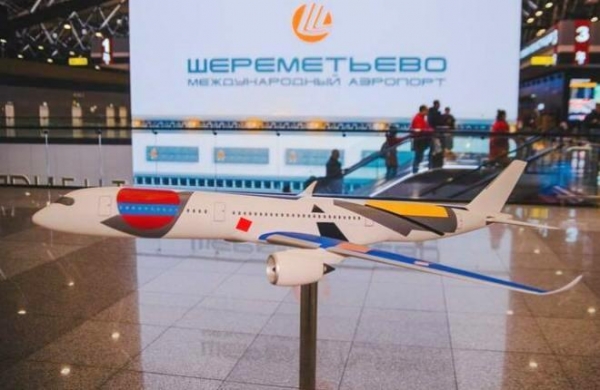 The Board of Directors of Sheremetyevo approved the General plan of the airport until 2024, reported in the largest Russian air Harbor. So, confirmed plans to open in 2019 third runway (runway-3), which will increase the number of runway operations from 55 to 90 per hour. In 2020 need to be commissioned hangar complex TLS-3 with the aviation and technical base. It will include at least seven hangars for aircraft maintenance partner airlines, Parking of special vehicles for ground handling services and the airport. In 2022 it is expected to open the apron of the runway-3 with Parking for 40 seats for aircraft.

The opening of the runway was needed in the first place the head of “Aeroflot” for the further development of its activities. Due to delays in the launch of a band he even threatened to move some operations to another airport in Moscow. But now from Sheremetyevo even started to fly and a subsidiary of “Aeroflot” — “Russia”.

In 2022 postponed the opening of the second phase of the cargo terminal “Moscow cargo” that can handle 380 thousand tons of cargo annually. Earlier it was planned that the facility should be commissioned in 2020 As explained ATO.ru at the airport, the airport master plan was approved with adjustments for terms and parameters of certain objects “with the revised forecasts of passenger and freight transport, the needs and priorities of the airlines, business partners, market trends”. The decision on the postponement of the commissioning of the second phase of the terminal “Moscow cargo” due to the fact that the existing cargo facilities Sheremetyevo (the airport has one operator service cargo and mail — “Sheremetyevo-Kargo”) can meet the needs of airlines in handling until 2022

Under-construction terminal in accordance with previously announced plans opens in 2019 the capacity of the terminal C, which will be integrated with the already commissioned terminal B, will be 20 million persons/year. In the second phase of construction in 2021, the facility will expand by another 10 million people/year.