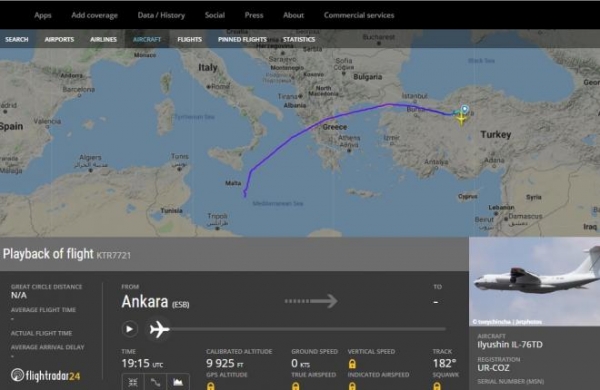 Tuesday in Libya was hit by transport aircraft Il-76MD of the Ukrainian airline “Sievietes”. This is the third aircraft of this type that Ukrainian carriers lose in the skies over Libya for the last month.

Information about the destruction of a Ukrainian transport plane in Libya confirmed on his page in Facebook the Deputy Minister of information policy of Ukraine Dmitry Zolotukhin. He also claims that the Il-76 carrying humanitarian aid under the auspices of the international humanitarian movement and had the permission to performance of flights. “The attack was destroyed by the tail of the plane, slightly injured the operator of the ship’s crew and destroyed passport documents of the Navigator” — said Zolotukhin. Reportedly killed in the incident.