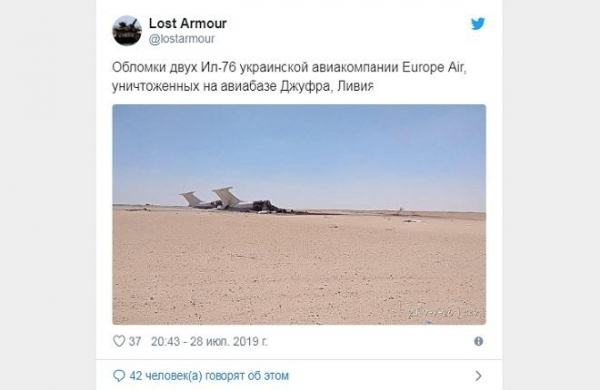 The shelling on July 26 in Libya was destroyed two transport aircraft Il-76TD, owned by Ukrainian cargo airlines “Europe air”. After the incident, the state aviation service of Ukraine has suspended the air operator certificate of the carrier.

According to the blog BMPD, the aircraft with registration number UR-CMC and UR-CRP was hit by a drone strike during the battle for the airport of al-Dzhufra. As a result of the tragedy killed the commander of the crew of one aircraft Vladimir Bujalski.