{:en}UPS will deliver packages by drones 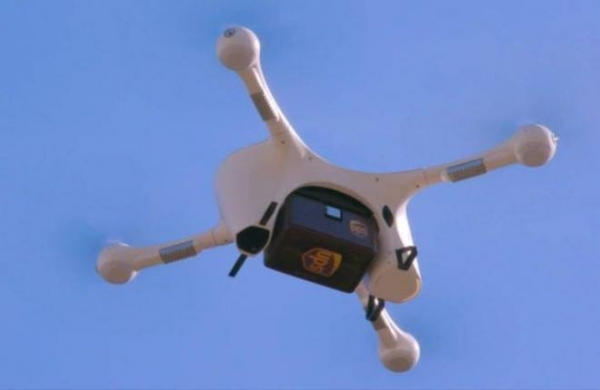 American giant for Express delivery of cargo and mail, UPS announced the creation of a subsidiary for the delivery of goods using unmanned aircraft UPS Flight Forward. According to the publication Aviation Daily, in the autumn of this year, the company must be certified according to the standards of Part 135.

Part 135 allows companies to operate aircraft much harder than the standard Federal aviation administration (FAA) of the United States Part 107, governing the commercial use of drones weighing less than 55 pounds (24,9 kg). The certificate of this standard will allow UPS Flight Forward to operate UAVs beyond line of sight, and in the night time. In addition, one operator can control multiple drones.

UPS is not the first company that plans to use delivery drones in the Part 135 certificate. The first company to receive such certification for commercial use of drones, was an American Alphabet Wing, delivering small parcels in Virginia. This operator has been certified for Part 135 in April of this year. A similar certificate has affiliated with Google an Australian company dedicated to the delivery in the suburbs of Canberra. In addition, at the moment, Uber is working on the receiving Part 135 to service service Uber Eats in San Diego (USA).

In March this year, UPS together with the systems developer to deliver goods by unmanned aerial vehicles Matternet announced the launch of a service for the delivery of medical specimens in North Carolina. For the delivery of medical supplies weighing about 2 kg over a distance up to 20 km service uses quadcopter M2 production company Matternet. Operation of these aircraft is carried out according to the standards of Part 107, which makes it impossible including flights beyond line of sight, night, and also on people (only if a special permit).

Certificate Part 135 will allow UPS to expand operations, said the company. “UPS leads the industry, the company intends to remain at the forefront of the commercial use of drones. This certification will allow us to expand the service to other hospitals and medical campuses in the United States,” — said the head of sales UPS Kathleen Gutmann.

“Eligibility for Part 135 is great news, said financial Manager UPS Richard Peretz. — Certificate from the FAA we can become one of the first if not the first fully licensed airline with a certificate that will allow one operator the drones not only to control the vehicle outside visibility, but also to conduct night flights. Thus, it opens the opportunity to increase our market share of health.”