{:en}”UTair — Helicopter services” almost half have extended the Park of drones 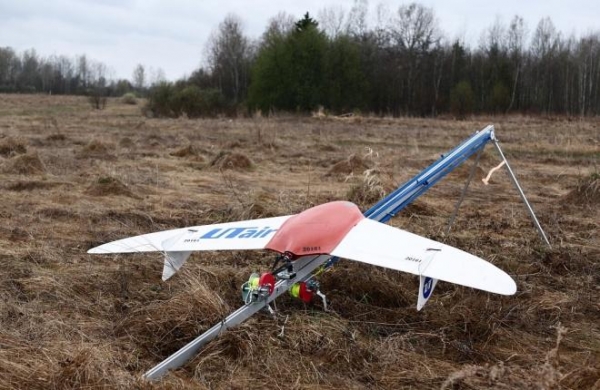 The airline “UTair — Helicopter services” has increased its fleet of drones from five to eight machines. New UAVs have higher flight range and allow you to make and transmit to the command post a better video, due to customer demand, said ATO.ru Vice President of business development Vyacheslav Plaskin on the Gidroaviasalon-2018.

According to a top Manager, due to the increasing needs of regular customers, which include leading enterprises of the fuel and energy complex of Western Siberia, and the emergence of new customers RAID the drones in the first eight months of this year increased more than twice compared to the same period in 2017, and that was about 10 thousand. km during high season, “UTair — Helicopter services” can also quickly attract more UAV on the terms of the lease.

A special division of the airline on unmanned systems has started commercial operation of UAVs in January 2017, During this time, the drone operator flew more than 15 thousand km and the number of UAV pilots now stands at 12 people.

“UTair — Helicopter services” operates drones with a flight time of 3-5 hours and a maximum takeoff weight up to 15 kg for the production of two Russian companies — “Geoskan” and now Zala Aero Group. The airline noticed ATO.ru that such a choice of the UAV allows to solve all the current problems coming from customers. In addition, to extend the application of drones, including by increasing flight time, and thus the flight distance, the airline is considering the acquisition of UAVs with a maximum take-off weight close to, but not exceeding 30 kg.

Previously, “UTair – Helicopter services” planned to ensure the profitability of the project to operate the UAV until the end of 2017 and to cover start-up costs for training people and purchasing vehicles. Vyacheslav Splashin confirmed that the starting costs of the project to date are fully refunded. “But I point out that the UAV market is growing, promising market, but the current situation requires new investments, — said a top Manager. In General, I think that the use of UAVs is a promising and cost-effective project.”

Vyacheslav Plaskin also noted that the experience of operating the drones allow the operator to find a more rational approach to the choice of attachments. “If earlier we tried to hang on to one drone and the camera and video camera and a thermal imager, then realized that frequently to perform the tasks of the customer are only one type hitch, said a top Manager. — When the weight of the sample decreases, and decreases the energy consumption with the same capacity onboard battery, respectively, increasing the efficacy of the drone, i.e. the flight range”.

Being the largest helicopter operator in Russia “UTair — Helicopter services” does not oppose helicopters, drones, and sees the possibility of synergies in their joint use. Moreover, the airline is considering a variety of application possibilities of technologies drones, helicopters. In particular, jointly with the company “Geoskan” was tested for use on helicopters, the automated onboard control system of the aerial photography. However, according to Plyaskina, due to the fact that the equipment used for the UAV, are unable to optimally operate at speeds, which flies the helicopter, it was sent to the manufacturer for revision.

In addition, airlines are an interesting project of the Centre for policy studies group “Kronstadt” to create a robotic control system for aircraft. It is assumed that the installation of this complex in the helicopter would use the helicopter in the afternoon to perform aerial works, including passenger transport, crew on Board, and in the night as an unmanned aerial vehicle. Unmanned helicopter could specifically programmed to deliver the goods in specially equipped areas. According to Plyaskina, this would be one of the possible ways of solving the problem to increase the rate of exploitation of the aircraft and increase the efficiency of the company. However, for full commercial use of these unmanned helicopters will require a change in the regulatory framework.